Three mid-century Palmer & Krisel homes have hit the market in Valwood Estates in Pomona, California. Valwood Estates certainly has seen its share of ups and downs, and hasn’t quite caught on to the mid-century restoration bandwagon. That just means there’s more affordable southern California Krisels for the rest of us, with conveieint access to both the 10 and 71 freeways.
All three of these homes are pretty well worn. They’ve been modified; they aren’t shining mid-century time capsules. But they are all definitely mid-century 1955 Palmer & Krisels and all three definitely have great mid-mod bones on nice-sized lots.

One of the reasons that all three homes are lumped together in one singular post is that the listing agents in Pomona seem to have one thing in common – they don’t like snapping many pictures of their properties, which means we’ve got limited comments on these properties. 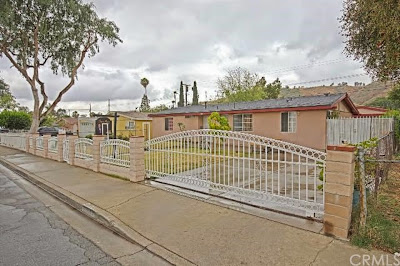 Up first is the most affordable home for sale in Valwood Estates. It’s a four bedroom, two bathroom 1,200 square-foot home with a detached 2-car backyard garage all on a 6,000 square-foot lot, with an asking price of $315,000. Pretty much all of the home has been updated; the floor-to-ceiling windows have been replaced with smaller, white-vinyl mullioned windows. The signature Krisel clerestories are present, but have been covered over. Each room features trademark open-beamed ceilings. 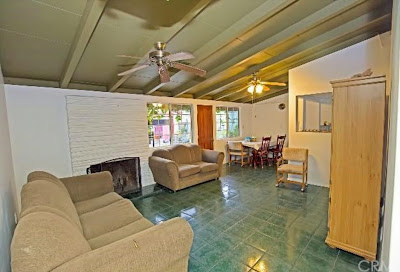 The kitchen and bathrooms have been updated in a style that appears to be typical of those found in big-box stores, while the front yard has been walled and fenced in for unknown reasons. The backyard certainly has a lot going on in it, and features yet another gate to drive through to access the garage, but at a price this low, this piece of hidden modernism will quickly appeal to a new owner. 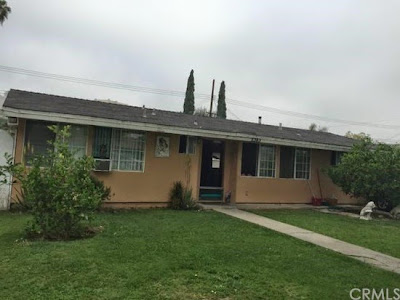 The second home up for sale in Valwood Estates is a three bedroom, 2 bathroom, 1,200 square-foot home with a pool on a 6,000 square-foot lot with an asking prices of $325,000. Like the previous home, this property has also had its original floor-to-ceiling windows replaced with white-vinyl mullioned windows, an updated kitchen of decent quality but not in keeping with the style of the home, and glossy-tiled floors. The clerestories in this home have also been covered and stuccoed over with a very heavy lace finish, and it appears the beamed ceilings have been drywalled over. 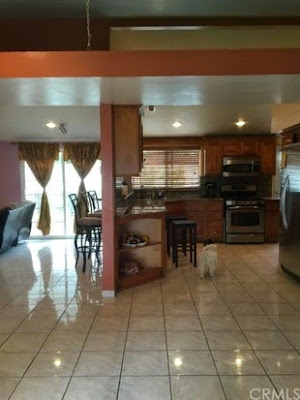 This home has also had its front yard fenced in, a very popular look in this neighborhood, with wrought iron. Out back is a detached two-car garage, covered patio and in-ground pool. The remainder of the backyard is nearly completely paved over. If anyone is looking for an affordable pice of modernism with a pool, this is it. 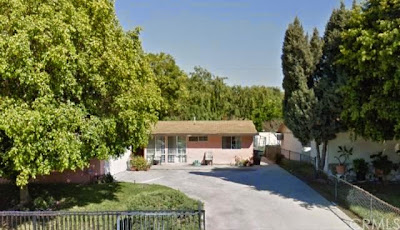 The last and most expensive home on the market right now in Valwood estates is a four bedroom, two bathroom 1,312 square-foot home on a 6,000 square-foot lot. Like the other two homes featured here, this one has had it’s windows replaced with mullioned white-vinyl windows, however the floor to ceiling length has been kept.  The front yard features yet another wrought iron fence, keeping in theme with the other homes on the street. 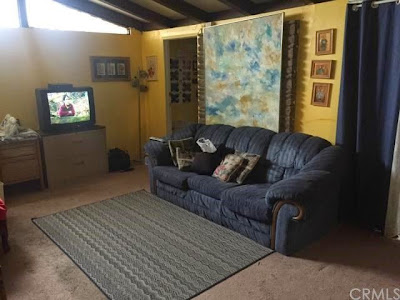 The original clerestories on the sides of the home are still in place, and still open to the outside. The open beamed ceilings are also luckily still in place. Other than that, the remainder of the interior has been updated in a manner similar to the other homes. The backyard is open and grassy, with views through the chain link fence to the next door neighbor’s place. These definitely aren’t the out of sight mid-mod Palm Springs Krisels that we’re used to looking at, but these are still an important piece of modernist history.

Or the Realtor.com photos here: 2225 Concord Avenue
Posted by Krisel Connection at 6:00 AM